With Repair (Retail Customers Only)

for Holidays or Weekends

AVA Appliances is your local service provider.
You are one step closer to fixing your appliance! Thank you for your service order. You may view the Order Status in 24 hours by clicking on the menu link on the far right side.

In the modern home, people rely so heavily on their appliances that they often take these tools for granted. When one breaks down, however, they might not be so eager to fix it because of budgetary concerns. What are some reasons why calling a professional appliance repair service in Mesa is important to do as soon as possible?

Ease Budget Fears
Whether it’s the oven or the dryer that broke down, many people assume that the cost is going to be astronomical. However, by choosing to work with a Mesa appliance repair company that has a strong reputation in the company, money can be saved. The cost of the repairs does not have to be as high as people think it will be, especially when they are willing to take care of the issues soon.

Aggravated Problems
Letting a broken refrigerator, for example, just sit and wait to experience more damage is not wise. First of all, individuals need to be careful when electric is involved and ensure that they are not setting up a scene for an electrical fire. On top of that, people must realize that the longer the problem just sits, the worse it is going to get. If the repair would be rather simple now, it could be very expensive and extensive in just a few months.

Replacing Instead
If the problems are left to grow for a long period of time, individuals probably won’t be looking for a repair service in Mesa anymore. Instead, they will be searching for brand new appliances. Anyone who has ever looked up the costs of these items knows how expensive they are. At some point, an appliance cannot be fixed; it just needs to be entirely replaced.

Living in Disarray
Modern appliances help people to live more simple lives. A washing machine, to name one, is certainly a lot easier than washing clothing by hand. Even though some people might want to be expeditious and give the old-fashioned way a try, they are probably quickly going to find that their schedules do not permit the time for taking on such tasks. Hiring an appliance service to take care of these issues is the wiser decision.

Dealing with appliance issues is certainly aggravating, and it takes time out of the schedules of homeowners. However, facing the problems now is much better than letting them grow and get worse over the next few weeks or months.

What Our Customers Have To Say

We're a top Phoenix appliance repair company. Call us to fix your oven, dishwasher, or freezer that needs repair! We are certified by the following organizations:

No extra charges for appointments evenings, weekends, and or holidays. 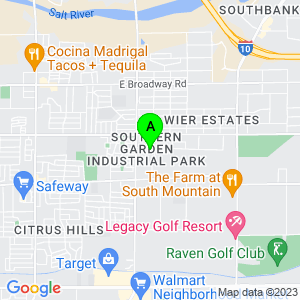